As only the second Auburn-Alabama game to be played at Legion Field, the 1949 Iron Bowl continued the revamping of good-hearted tradition amongst the Tide & Tiger players and fans.  Although it was a close game, Auburn simply had the better team that day - more spirit & determination.  "Only when Alabama found itself behind, 7-0, & 14-7, did its line appear to awaken.  When Auburn had a 14-13 edge with only a minute and a half to go, Alabama’s time had run out." —Norman Cooper, The Birmingham News

Quarterback Travis Tidwell (#11), Auburn's total offense leader, runs the ball into the end zone to restore his team’s dignity from the prior year.

The Regular Edition is limited to 67 prints (12¾”x 17”) and is hand-signed and numbered by the artist.  Please allow 7-10 business days for completion of custom framed items. 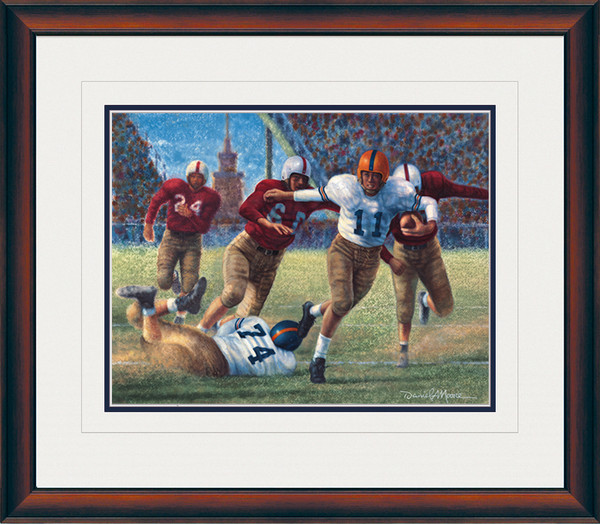