The Tigers were #1 in the nation and their win against the Tide only authenticated that fact.  The Tide’s Coach J.B. Whitworth agreed saying “They (Auburn) could hold their own with anybody.  They do a lot of things - And do ‘em well.”  Auburn held the Tide to a staggering 34-0 score in the first half, not allowing Alabama to score the entire game.  This marked the biggest blowout game to date between the two teams at Legion Field.  Auburn became the National Champions for the first time in its school’s history.

The Regular Edition is limited to 92 prints (12¾”x 17”) and is hand-signed and numbered by the artist.  Please allow 7-10 business days for completion of custom framed items. 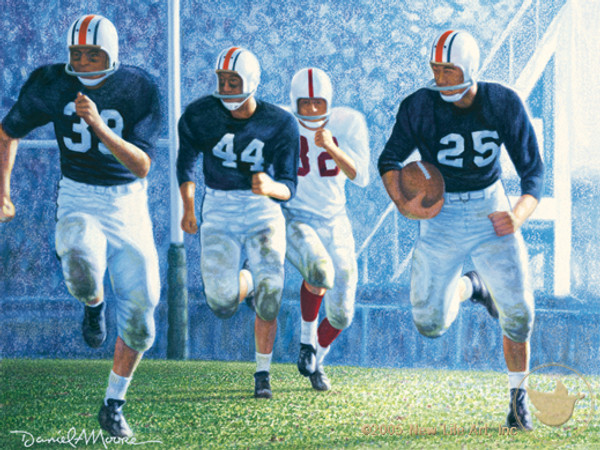 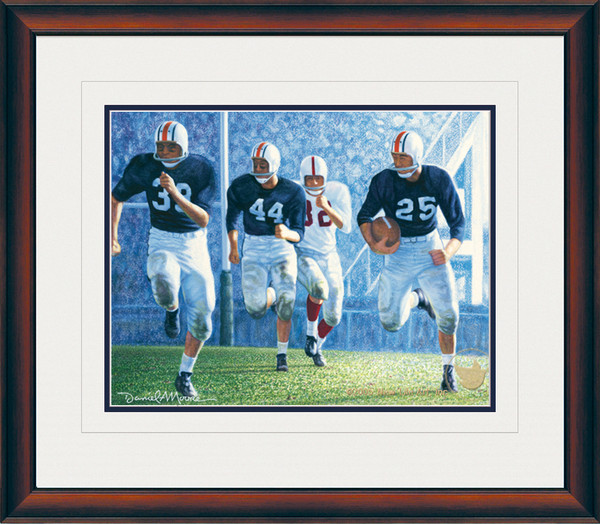