Legends & Champions is artist Daniel A. Moore's new tribute in oils commemorating the history-making 2017 College Football Playoff National Championship Game.  The painting is an integral part of the 2016 College Football Game of the Year Award®, which is presented annually by the United States Sports Academy.  These Fine Art offerings give Clemson fans the opportunity to share in the Game of the Year Award!

Within the image are subtle references of Clemson Legends from the 1981 National Championship. These ghosted images include Coach Danny Ford, Offensive game MVP Homer Jordan and Defensive game MVP Jeff Davis.  Their spiritual presence was not only felt by the current team of Clemson champions as they toppled the top-ranked Crimson Tide, but also by the numerous Clemson fans pulling for their Tigers.

Each Collegiate Classic giclée print is hand-signed by the artist and has an image area of 7½" x 10".  Please allow 5-7 business days for completion of custom framed items. 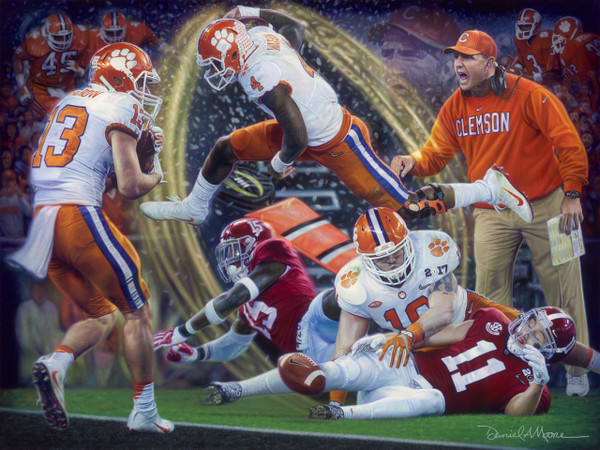 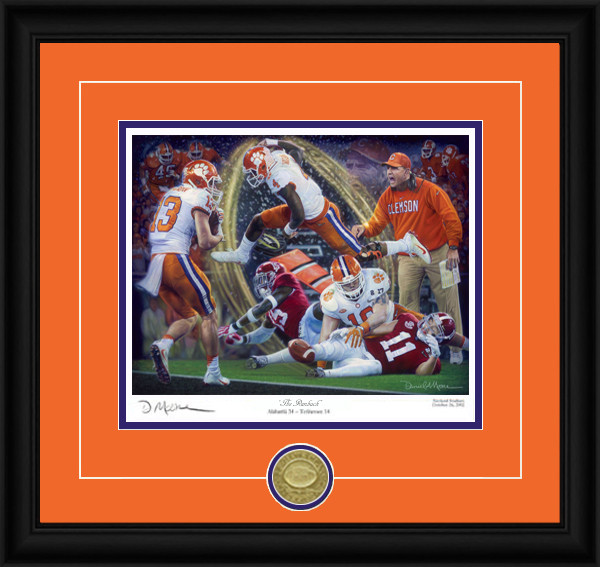