Alabama did it again — holding the Auburn Tigers to zero.  Out of the 28 years this in-state rivalry had been battled out at Legion Field, the 1975 Iron Bowl marked the tenth time Bama kept the Tigers from scoring.  That year’s Alabama squad was one of their finest defensive teams ever, leading the nation with the fewest points allowed.

The 1975 Iron Bowl signified Coach Ralph ‘Shug’ Jordan’s final game as head coach of the Auburn football team.  When asked what was said between “Bear” and “Shug” after their last meeting together at Legion Field, “Shug” replied, “We said the same things we’ve been saying for years, nice game, good luck in the bowl, see you around soon.  When you get down to it, there’s not a lot you can say.”

Quarterback Richard Todd (#14) hands off the ball to Calvin Culliver (#33).

The Regular Edition is limited to 121 prints (12¾”x 17”) and is hand-signed and numbered by the artist.  Please allow 7-10 business days for completion of custom framed items. 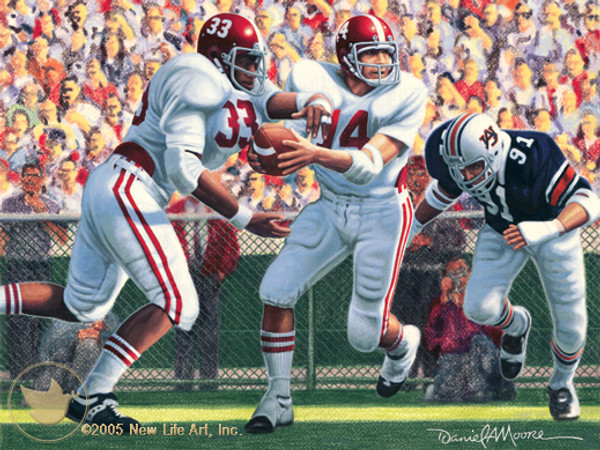 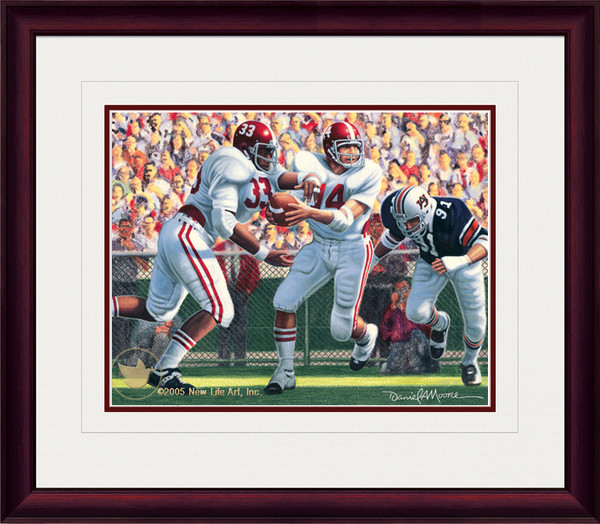